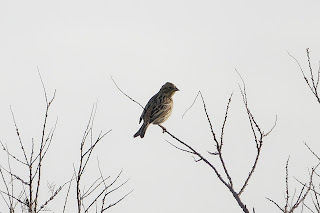 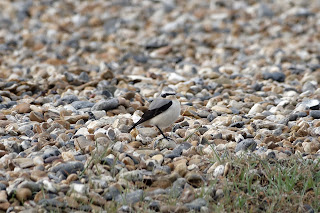 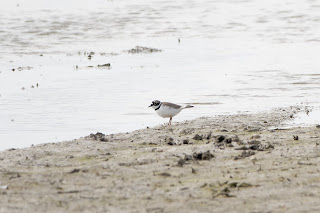 Avocet still present at the bottom of Longwood at 17:15, also 2 Shelduck and 2 Buzzards in the area. 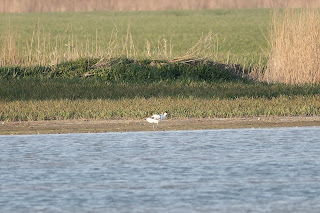 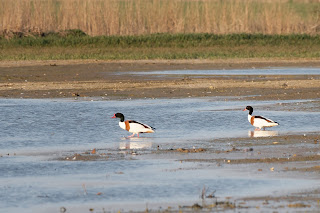 I have been keeping an eye on the flooded field at the bottom of Longwood for the last couple of weeks, hoping it might provide something interesting, usually best viewed on a high tide and minimal disturbance. After watching the sea at Climping beach with nothing happening, shocked to find an Avocet & Little Ringed Plover around the pool this morning, combined totals below.
Avocet - 1
Little-ringed Plover - 1
Med Gull - 2
Dunlin - 2W
Oystercatcher - 6E 1W
Sanderling - 7E
Turnstone - 25W 3E
Red-breasted Merganser - 15 os
Great-crested Grebe - 4E % os
Shelduck - 3W 2 field
Brent Geese - 4E
Cormorant - 5E
Chiffchaff - 10
Cetti's Warbler - 2
Little Egret - 2
at 13:02

Six Chiffchaff and 2 Kingfisher around the golf course this morning. (RP)
Records for the last few days supplied by (OM)
20/3 - Another visit to the local patch at Elmer Rocks finally produced my first Wheatear of the spring,  always a joy, whilst two Slavonian Grebes offshore on a calm sea were also present, one deciding to fly off east to Climping. A flock of 11 Brent Geese and a single drake Shoveler also went east and a Shelduck west, before a pod of 6 or more Dolphins appeared offshore at some distance (scope views) - presumably Bottle-nosed? Red-breasted Mergansers were also much in evidence again with c.45 present, many of which were displaying, whilst a single Gannet and a diver sp were also logged.
21/3 - Slow-going again offshore this morning, though there were a couple of odds and ends, with a drake Tufted Duck that flew inshore from well out and briefly dropped onto the sea behind the rock islands before moving on E, a Kestrel that went E offshore and 4 Common Scoter W. A distant diver E was too distant to safely ID and a shoreline Little Egret later flew off inland.On my way back a newly-arrived female Wheatear was on top of a rock island, whilst c.30 R/b Mergansers and 3 Great Crested Grebes were offshore.
22/3 - I watched the flat calm sea for a couple of hours (0800-1000), although visibility was not great, but there was nothing happening apart from several decent flocks of Brent Geese moving through – my total being 270E – and 2 Med Gulls. A single Slavonian Grebe was offshore together with c.30 R/b Mergansers and 3 Great Crested Grebes, whilst 10 Turnstones were on Poole Place rock groyne. At hotspot corner a single Chiffchaff, a noisy Jay and a Green Woodpecker were the only species of note, with a drumming Great Spotted Woodpecker nearby.
at 18:04

A quite morning with just two Grey Partridge around the golf course, certainly improved for (AH) when a White-tailed Eagle was seen flying over head. Absolutely dwarfs one of the local Buzzards. 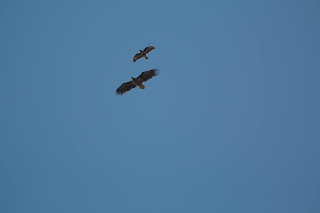 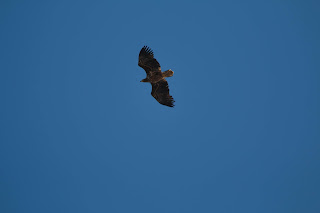 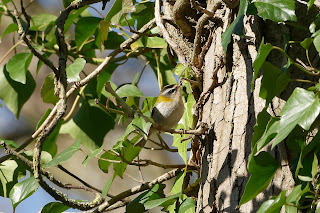 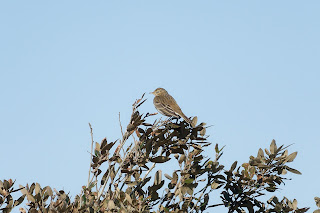 Bitterly cold at Climping car park from 07:30 for an hour.

Two Slav Grebes offshore this morning behind the rock islands together with 15 Great-crested Grebe, 2 Red-throated Diver and 40+ Red-breasted Merganser. Two Common Scoter and 6 Brent Geese went east, and a Curlew and 2 Pintail west. A single Rock Pipit seen again at Poole Place, with little else of note. (OM)
at 17:16

Quite again offshore this morning with a Slav Grebe present off Elmer Rocks, small groups of Brent moving east with 41 in total, 4 Common Scoter, 8 Great-crested Grebe and 15 Red-breasted Merganser.  A Firecrest in off the sea was quite a surprise and a nearby Chiffchaff. (OM) Also two Rock Pipits seen on the rocks at Poole Place this morning.(AH)

Climping beach from 00:30 for an hour in calm conditions and sea mist found 9 Red-throated Diver on the  sea,  several each of Red-breasted Merganser & Great-crested Grebe, dozen or so Med Gull, and a Seal. A Kestrel and a Chiffchaff around Atherington.
at 14:22 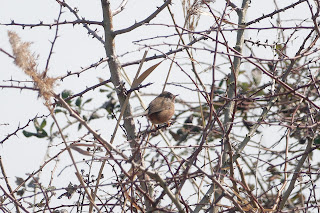